“I Risked My Life to Have My Baby”

The vast majority of pregnancies go problem-free, but for these moms, delivering a healthy baby was a matter of life and death. 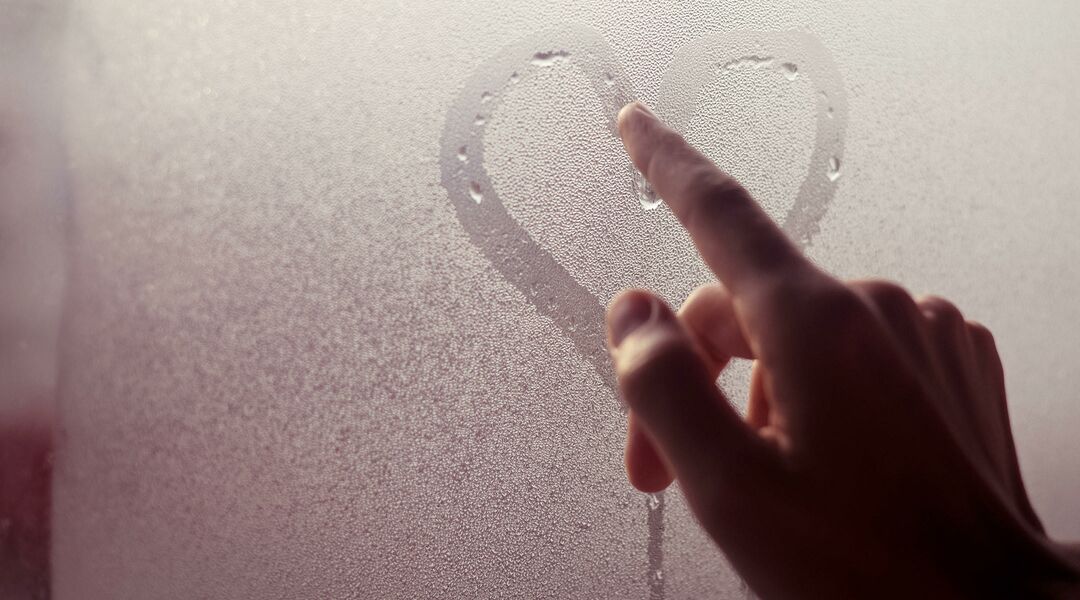 “I was 26 weeks along in my pregnancy, and I was out to dinner with my husband Brad and our best friends when I felt a strange sensation,” says Megan Lubin of Philadelphia. “I just remember having a ‘swooshing’ feeling from my head to my toes, and then felt like I was sitting in a warm bath.

“I looked at Brad, grabbed his arm and said, ‘I think my water just broke!’ I didn’t look down because deep down I knew it wasn’t my water. My friend gasped as she looked down and cried, ‘You’re bleeding!’ ”

Race to the hospital

Brad immediately scooped up Megan and carried her out the door of the restaurant, a trail of blood following them. They drove to the hospital a few blocks away and went to the PETU (Perinatal Evaluation and Treatment Unit), so Megan could be prepped for surgery.

Megan had had no idea that getting pregnant would endanger her life. She was diagnosed with a small, benign fibroid tumor in spring 2008, but it was small and didn’t pose any health risks. Because it of it, she dealt with heavy menstrual bleeding and backaches, but that was about it — until she became pregnant two years later.

“The fibroid grew and thrived off of the hormones, eventually causing a dangerous placental abruption,” she explains. “I was seeing a new OB that specialized in high-risk pregnancies and having tri-weekly ultrasounds. Also, because the fibroid was located in the lower left quadrant of my uterus and was blocking the cervix, a cesarean section was inevitable.”

Because of the abruption, Megan had her c-section delivery right away. “I was cut from my pubic bone to my navel in an attempt to avoid cutting the tumor, and also received two blood transfusions while in recovery,” she says.

Stephanie Young, of Fort Pierce, Florida, on the other hand, had experienced no pregnancy complications. She’d planned on having a water birth at home and had gone past her due date. At a routine prenatal appointment, Stephanie’s midwife couldn’t detect her baby’s heartbeat clearly, and she was sent to the hospital.

After 24 hours of not getting a clear reading of baby’s heart rate, Stephanie’s midwife and OB advised she have a spinal tap and an emergency c-section. “I was scared and shaking because it was so cold in the operating room,” Stephanie says. “The anesthesiologist had Sean Paul playing so that was familiar to me and helped me relax a little.”

Soon, she heard her baby boy Francisco’s first cry — an emotional moment — and she held him for the first time in a recovery room after the surgery. But while she was breastfeeding, something went wrong. “The nurse had to take him away — I think I blacked out,” she says.

Stephanie was hemorrhaging badly and had to have surgery again immediately to stop it. Several blood transfusions and procedures later — over a couple days — and she was finally able to meet her baby again. Thankfully, she’s had no complications since then.

Crystal Saltrelli of Rochester, New York, knew pregnancy might be a tough road to go down. “I was told that I would likely have a very difficult time ever getting pregnant,” she says. “If I did, I knew that iron deficiency and anemia could become an issue.”

She’d been diagnosed with a condition in which her stomach didn’t empty food properly and also severe chronic constipation. In recent years, she’d struggled with nausea, reflux, bloating and pain; had lost almost 50 pounds; and had stopped getting her period.

She and her husband Raymond wanted to start a family, so once Crystal started a nutrition plan, gained ten pounds and started menstruating again, they decided it was time to get pregnant — and she did, easily.

Crystal kept her symptoms under control as much as she could with her diet. “I drank green smoothies daily and ate lean ground beef often,” Crystal says. “I actually loved being pregnant and felt really good until about 24 weeks.”

That’s when Crystal started feeling short of breath, getting dizzy and having chest pain. After a visit to the emergency room, where she was checked for heart issues and cleared, she felt even worse.

A perfect birth, with traumatic aftermath

After six hours of labor, her baby girl Lilianna was born. “The birth itself was beautiful,” says Crystal. “My doctor actually called it a ‘perfect natural birth.’ ”

But 20 minutes later, she got nauseated and lightheaded, her blood pressure became low and she felt pelvic pain. “Once I explained to the nurse that the pain was worse than the unmedicated childbirth I’d just experienced, she went to get a doctor,” she says. “The pain was so severe that I couldn’t roll over to let the nurses remove my gown. I told them to cut it off.”

Crystal had an internal hematoma — severe internal bleeding — and needed surgery. Less than an hour later, she was in recovery and able to visit with her husband and newborn daughter.

“My heart was racing, my chest hurt, and I felt like something terrible was about to happen. The pain returned,” she says. “Lilianna had been taken back to the nursery at this point and I remember wondering if I would ever see her again. I was terrified.” The hematoma had returned and she needed another surgery.

“I finally held Lilianna again at 7:30 p.m. — nine hours after she was born,” says Crystal.

So what went through these moms’ minds when they were experiencing these life-threatening ordeals? Looking back, Megan says, “It wasn’t me that I was focused on at all — it was my son.”

Megan’s baby boy, Sutton, was born weighing just two pounds. He spent 71 days in the NICU before getting the go-ahead to go home. “Our son being born three months premature is what truly made us a family,” she says. “I know it sounds odd, but it’s the thing that tested us and dragged us in every direction possible, but couldn’t break us. We learned how to truly love one another without holding back, and being that vulnerable takes strength. That’s a contradiction but it’s true.”

“It was so scary,” says Stephanie, of her experience. “My son is alert and has no problems. He’s very smart and happy, and I love him to pieces. I would definitely go through it again for that blessing.”

Crystal had a rough recovery. Sitting up was painful, and she wasn’t able to breastfeed Lilianna as she’d wanted to. Eventually, she did heal, but as a result of the delivery and surgery, has a pelvic floor prolapse, which causes pain, urinary frequency and uncomfortable intercourse. She also has emotional scars, which she’s dealing with through therapy.

But, she says, she wouldn’t change a thing. “I have a beautiful baby girl and I’m getting better and better with every passing day,” says Crystal. “I feel so blessed to have gotten pregnant, carried and delivered a healthy baby, make it through the complications and to be able to use my experience to educate and inspire others.”

She adds: “Trust your instincts, be your own advocate and don’t be able to get multiple opinions or even switch healthcare providers.”

Why Are C-sections So Common?

How Will They Monitor Baby During Delivery? Everything You Need to Know About Cholestasis of Pregnancy

Placenta Accreta: What It Means for Mom and Baby
ADVERTISEMENT