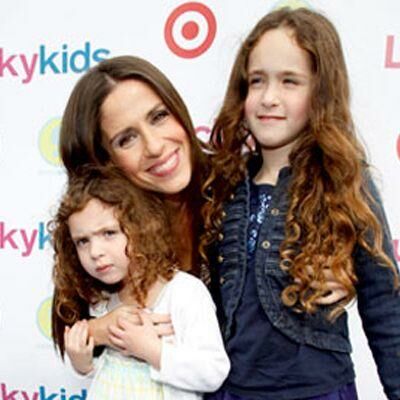 Ever wish you could throw your child a bash that even the celebrity kids would envy? Well thanks to Solei Moon Frye, you’ll soon be able to.

The actress and mom of two announced that she is writing a how-to party guide full of tips on how to throw affordable, stress-free, and kid-friendly get-togethers. The book, set to launch next fall, features kid-approved recipes, easy crafts and party ideas.

“I love putting together parties for our family," Solei told  People magazine. “I get super excited at any chance to celebrate.”

Solei has always had a creative side. As a child, she and her mother would make Halloween costumes from items around the house. She has continued that tradition with her two daughters Poet, 7, and Jagger, 4.

“Last year, Poet was “another being.” She had black wings and we sprayed on streaks so it looked like she had wings,” Soleil told The Bump at Target’s Halloween Party. “It was crazy and amazing! She looked like she landed from another planet or something.”

We look forward to launch of Solei’s book and can’t wait to test out her tips.

Which celebrity would you hire to plan a party?