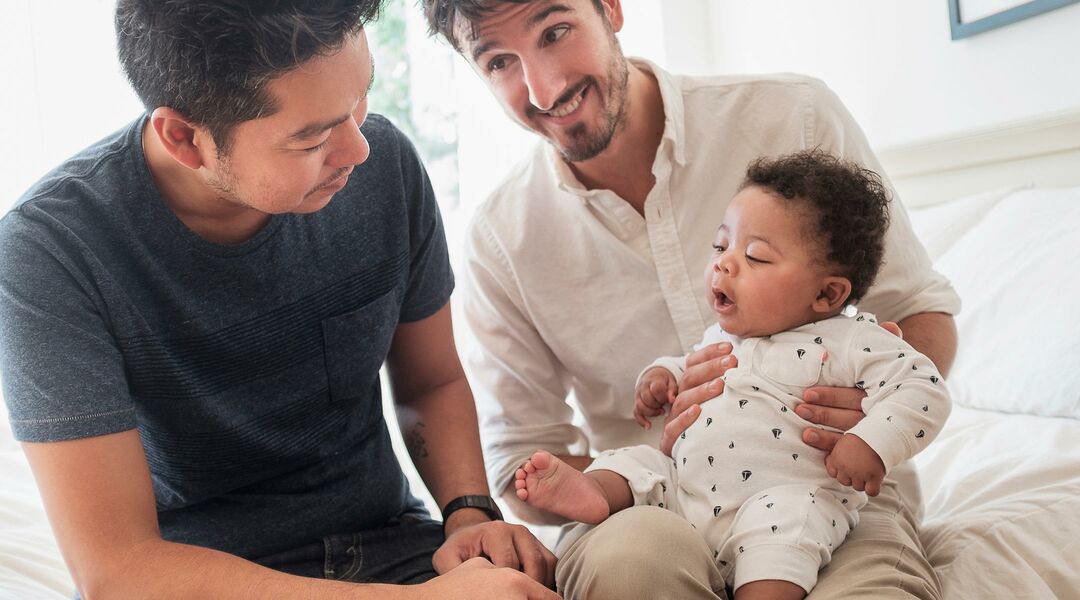 Science has proven again and again that talking to baby is good for her brain development. And we’re willing to bet you’ve been doing it along. Now, there’s finally some firmer guidelines on how to do it.

The advice comes from Dana Suskin, a surgeon at the University of Chicago Medical Center. Suskin has performed cochlear implant surgery on several young patients. But she’s noticed that the gift of hearing is nearly wasted when it’s not paired with conversation at home.

In her new book new book, Thirty Million Words: Building A Child’s Brain, Suskin explains why kids develop language skills at all different rates. It all hinges on a child’s experience between the ages of zero and three, when 80 to 85 percent of the brain develops.

“By the end of age three, children from low-socioeconomic backgrounds will have heard 30 million fewer words than their more affluent peers,” Suskin tells NPR. “And this number itself was correlated not just with differences in vocabulary but also differences in IQ and test scores in the third grade.”

Why is this discrepancy tied to income?

“In some families it’s prized to be seen and not heard, especially in some low-income families,” Suskin says. “Number two, the stressors of poverty can’t be underestimated. If you have unstable jobs or childcare or homelife, certainly that’s going to impact your bandwidth for talking.”

They key is making the most of the time you do have to talk to baby. Focus on using positive phrases. “[It’s] the difference between ‘get down, don’t do that’ versus explaining ‘we need to pick up these blocks because we’re going to go out and play,’” Suskin says.

With that in mind, focus on following what Suskin calls the three T’s: tuning in, talking more and taking turns.

Focus on what your child is interested in, letting her take the lead.

Use rich vocabulary with your child. Switch up the tense you’re using, describing the past and the future.

You need to view your child as a conversation partner, even as a bab y. Responding to baby’s babbles shows them they are communicating effectively. “When you actually look at it, in the going back and forth, you can almost see the neurons in the baby’s brain developing as you’re taking turns in the social dance, if you will,” Suskin explains.