Big news deserves big announcements. Here are some of the adorable ways our readers let their spouses know they’re expecting. 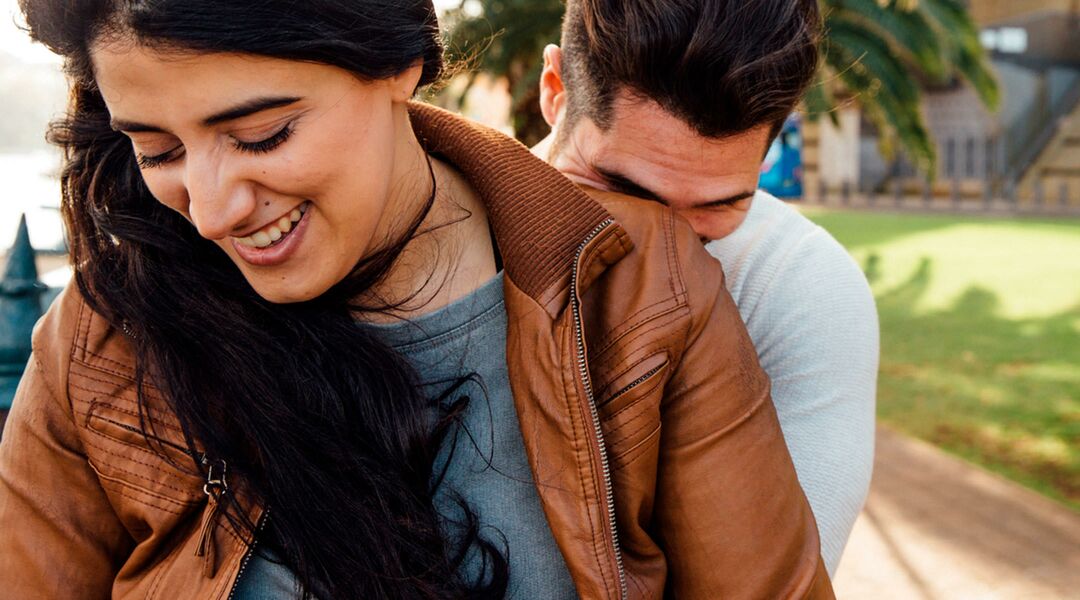 Finding out you’re pregnant is one of the biggest thrills you’ll ever experience, and so is sharing the news with your partner. Shouting “I’m pregnant!” always works great, of course. But some couples prefer to have a little more fun. After all, what better way to launch a new chapter of your life together than with a super-cute pregnancy reveal? Whatever you decide to do, one thing is for sure: The reaction is something you’ll always remember.

"I made DH [dear husband] a card that said on the outside, ‘You are the love of my life. But that is not all you are. You are also…’ And on the inside it said, ‘Going to be a DADDY!’ When he looked at me, I was holding the positive digital test.” — AmRae11

“I crawled into bed with DH and said, ‘Good morning Daddy!’" — Jesnbrent

“I had bought a shirt for our puppy that said ‘Big Brother’ and hid it until the day I found out we were expecting. My husband walked in from work, and as usual, puppy got to him first. My DH said: ‘I see that you bought our puppy a new shirt,’ and then after a pause, he understood what it meant. It was a great moment." — Dunkin

“I had always planned on some elaborate way to tell DH the big news, but it just didn’t work out like that. I was alone when I got my BFP [big fat positive], but DH got home about 10 minutes after. I had nothing planned and no time to plan it, so I just told him through bursts of happy tears. He grabbed me, said congrats, and we hugged.” — Sara0110

“I found out on Saturday morning and wanted to tell him in a cute way. This is his first pregnancy. I originally ordered a mug that says ‘We have a winner’ and a cute spoon from Etsy but couldn’t wait for the mail and so I made something myself instead: a little card that said ‘This is the size of our baby!’ [with the due date] and an apple seed glued in the middle. I put it in a jewelry box. He absolutely loved it.” — MaximumEffort

“I had gotten my first positive on a day we both worked, and I didn’t want to tell him over a phone call. I waited until I got home, wrote on the bathroom mirror to go to the kitchen, and put a sign on the stove to open the oven. I had put a bun in the oven on a platter. He had gotten up to go to the bathroom after I got out of the shower, so I followed him out. He just kept laughing…I thought I was funny. :)” — Roliepoliecoley4

“This baby might be due on my husband’s birthday. We have a habit of leaving each other little gifts on the kitchen counter from time to time—a card or a flower, or whatever. We had actively been TTC [trying to conceive] for 6 to 7 months, and he had even made the comment to me that if I got pregnant in February, the baby might be born on his birthday. So I knew that was on his mind when I bought him a birthday card. Inside I wrote something like, ‘I wanted to wish you a Happy Birthday now, in case I forget while I’m in labor.’ It took him a second, but he got it.” — kschref

“I found out the morning of 11 years since our first blind date. So I wrote him a note about how thankful I am to have met him 11 years ago and talked about the amazing dad he’s been and at the end of it I wrote ‘So, Daddy of 3, are you ready for a tie breaker? Ready to be outnumbered and surrender to the chaos? I am!’ and handed it to him with his coffee during the chaotic rush that is a school day morning in our house—think lunch bags flying, kids screaming, milk spilling. That’s how it went down. He laughed, kissed me and said, "…Let’s do this!’” — Karrotelle

“In January when we made the decision to start TTC, I had bought DS [dear son] a shirt that says ‘promoted to big brother’ and a book called I’m a Big Brother. I took the test while [my husband] was feeding DS breakfast, so after I was done getting dressed and DH was in the bathroom, I got DS dressed and told him, ‘When Daddy comes out, give him this book.’ Of course DH took a long time so DS lost a little interest, but he walked to him, handed him the book, then ran away. — elsieisamoocow

“I put a box I’d made up for him in my dresser drawer. Once I got the BFP, I texted him asking him to grab something from the house for me. I directed him to the box and asked him to open it. Inside was a new dad’s book, a bib and a burp cloth I had made to look like bunker gear (he’s a firefighter). He was so, so happy.” — pawcall

“I often make cakes and muffins for hubby, as he lives and works away five days a week. He takes them with him when he heads out of town. I will usually text him and say, ‘I made you xyz muffin’ or ‘I made you xyz for lunches.’ This time I sent an extra message that said ‘There’s something else I made you.’ He asked what it was. So I sent a pic of the positive test with the caption, ‘I’ve made you a Daddy!’ He loved it.” — c+mpeachey

“I had all intentions of doing a cute little message with a gift for DH this time since [our daughter] was a surprise baby, but when it comes down to it I never can keep things from him when I am excited, so I waited until the lines came out nice and clear on a test and took it down to him in the garage while he was organizing his tools, and I simply slipped the test into his tool tray and waited for him to see it. He did a double take and it took a second but he is very happy.” — ChattyKitty17

“DH always makes our morning coffee and it was almost his birthday, so while he was in the shower, I put our coffee mugs out with a decaf by mine and a regular by his with a note that said, ‘Decaf for me! Happy early birthday!’ and a digital test next to it with a pair of OSU baby booties (his favorite football team).” — jess0211

“I found out the day after my birthday when he was working a 36-hour shift, so I had time to prepare for the next day. I bought a make-a-wish balloon (because we both wished I would get pregnant soon on my birthday) and blue balloon (like from Up) and tied them to a test with a card on top in our future nursery. I told him my students got me the balloons and he just had to read the card they got me. He picked up the card and saw the test underneath. He was just as shocked as I was!” — NYTino24

“I wrote an apology letter to my husband and taped it to the bedroom door for when he came home from a very late night at work. It basically said, ‘Daddy, I’m sorry Mama is so tired and moody lately. It’s probably a little bit my fault. Please don’t wake her up; just let her get some sleep.’ Up until this point, my husband thought the letter was supposed to be from our 7-month old. Then there was an arrow for him to flip it over and on the back was the rest [of the note] that said, ‘Even though right now I’m only the size of a poppy seed, Mama uses a lot of energy to help me grow. I can’t wait to see you in November! Love, Baby #6!’ He cried.” — cmessamore

“I bake his favorite cake all the time, so it’s nothing out of the ordinary or special. I ran to the store for food coloring and made one layer pink and one blue, then I iced it and put it in the fridge. DH got home and saw the cake but didn’t think anything of it. That night after dinner he went to cut it and when he pulled the knife out he saw a speck of blue. He immediately asked me if I had made one of those silly funfetti cakes. I kept telling him no, but he was insistent. Finally, he pulled a slice out and looked confused about why I’d make a cake with a crazy color. It finally clicked. He asked if I was pregnant and then got very excited!” — toesinthesand-2

Sophie Turner and Joe Jonas Are Expecting Their Second Child Together

These Are the Names Ashley Graham Has Given Her Twin Boys

Morgan Stewart Is Pregnant With Her Second Child
Article saved.Go to My Saved Articles
Article removed.