When Can I Tell People I'm Pregnant?

You may have heard the 12-week mark is the time to announce your pregnancy, but that's not necessarily set in stone. 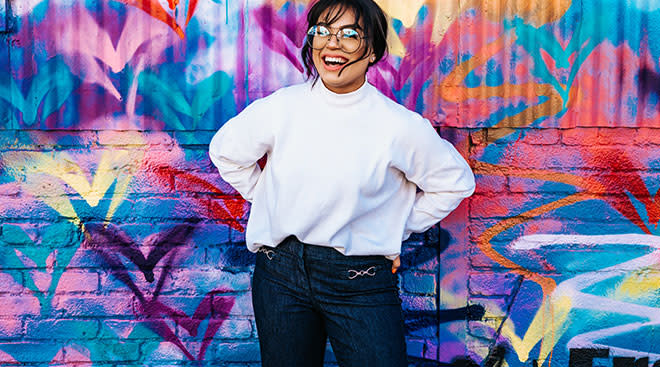 Excited to break the big news to friends and family? Of course you are! When and how you announce your pregnancy is completely up to you, but many women choose to wait until after their first trimester, since 80 percent of miscarriages occur during this high-risk time.

Studies have shown that anywhere from 10 to 25 percent of known pregnancies end in miscarriage, according to the American Pregnancy Association. Typically, it’s this miscarriage risk that prevents people from sharing the good news early. After the first trimester, however, the risk drops to less than 5 percent.

Here’s what The Bump users have to say:

“Some people choose to wait until the end of the first trimester just in case they have a miscarriage because they would rather not have to explain to everyone why they’re no longer pregnant. But if you want to tell someone, I think you should tell them whenever it makes you happy to do so.”

“My husband and I announced to everybody within the last two weeks, and I’m just shy of 7 weeks along. We want everyone to share in the excitement we have right now. On the other hand, we’d also have that much support if something were to happen. For us, it means people can pray for us, in good or bad moments.”

“We told our parents when we got a positive test. I told our friends a few days later after seeing the doctor and we announced at about 9 weeks after we heard a heart beat.”

“I have had two losses and I told people right away. It’s hard to have to go back and explain that you’re not pregnant anymore. This time I haven’t told anyone. It’s hard because my grandmother knows we were trying again and she asks me if I am pregnant every time we talk!”

“We told close friends and family the same day the nurse practitioner confirmed I was pregnant. Mostly because my fiancé can’t keep his mouth shut.”