"I feel frustration because I still don’t know what to say to make it better."
Save article
ByAshley Edwards Walker
Contributing Writer
PublishedDec 2020 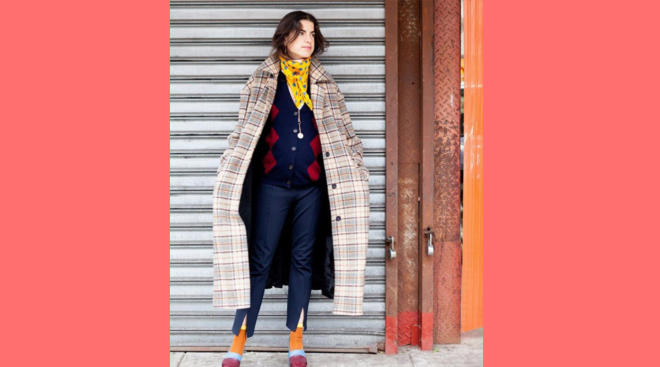 Leandra Medine, founder of the popular fashion blog Man Repeller, has been very open about her struggle with infertility over the years. So when she finally got pregnant with twins earlier this fall, of course she was over the moon. But her extreme happiness was also tinged with something a little more unexpected: guilt.

Medine has been unabashedly honest with her readers about her many, many attempts to conceive. She’s young (just 28), and every doctor she went to confirmed that her eggs and hormone levels were normal. So, in theory, getting pregnant should have been relatively easy. Their advice to her had basically been, “Don’t work so hard. Relax.” (Of course, easier said that done when you’re running a multimillion-dollar company.) When it was discovered that she carried a genetic mutation called the BRCA1 gene, one doctor recommended she looking into fertility treatments like IVF. Her first pregnancy, in the fall of 2016, happened naturally after two failed IVF transfers. Sadly, Medine suffered a miscarriage in her first trimester, which she wrote about for her site.

In the year since, she’s tried everything from ovary stimulators to acupuncture, a special fertility diet, yoga, meditation, hypnosis, and even an infrared sauna emergence, whatever that is. None of it worked—until it did. Last week, Medine announced she is 22 weeks pregnant with twins.

“I thought a lot about how I would share this news and whether, frankly, I would share it at all,” she wrote on her site. “Here I had selfishly shunned those who announced their pregnancies, citing how it could ruin a perfectly good day or throw me into a 12-hour bed coma. When another afflicted woman would emerge on the better end—uterus full and all—I would feel betrayal. It was twisted. But now, because in some ways I have become a totem for infertility, a human talisman of despair for my comrades to lean on, I feel that I am the betrayer, and as a result, a twinge of shame and a bit of guilt and a lot of self-awareness neatly wrap my evolving pregnancy.”

Medine has said she is “desperate” to become a mother, so we can assume she is extremely happy to be past the halfway mark of her pregnancy. And yet, she can’t help but feel as if she’s “betrayed” women who are still struggling with infertility because she knows, all too well, what they’re going through—not unlike The Big Bang Theory’s Melissa Rauch when she announced her pregnancy.

“Mostly, though, I feel frustration because I still don’t know what to say to make it better,” she writes. “If you’re going through it, I still want to be here for you. I haven’t graduated from compassion.”

She leaves her readers with this bit of comfort: “My road was freckled with fangs that threw me off course so many times, but perspective wants me to tell you that I don’t regret it, that I wasn’t actually thrown off course. That was my course. This is my course. I wish I had known this. I wish I could have believed Abie [her husband] when he said I would be happy again. I hope that you believe me when I say you will be, too.”

We wish Medine and her husband all the best.